Have You Overlooked One of Today’s Most Visited Websites? 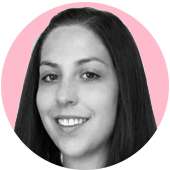 Facebook and Instagram have long dominated the social media market with advertisers flocking to these platforms to reach their target audiences. In the process, marketers have become guilty of ignoring what is currently* the sixth most visited website in America: Reddit.

Roughly 330 million users are active on Reddit, with the platform boasting over 18 billion page views per month. In health-related sub-reddits, there are over 5.1 million monthly unique visitors generating 38 million page views per month. With the added benefit of anonymity via usernames, Redditors tend to be more open and authentic than on channels connected to users’ real identities.

Unlike the major social networks, Reddit content isn’t ruled by an algorithm and the content that floats to the top is determined by the users—a unique quality that draws a userbase that isn’t active on the other channels. Despite this user-generated content culture, Reddit still has much to offer advertisers and provides guardrails for pharma to engage in an authentic and legal way.

Some healthcare brands are already taking the plunge on Reddit. Novartis is testing the Reddit waters with its TalkSPMS unbranded campaign, focused on secondary progressive multiple sclerosis. And they’re not alone. Lilly is leveraging Reddit ads for oncology clinical trial recruitment and ads for OTC brands like “After Pill” are popping up as well. More advertisers are discovering the largely untapped platform and pharma brands that experiment with Reddit are likely to be some of the first in the industry to do so.

It’s no secret that Facebook has been in hot water given its challenges in the user privacy arena. With its usership on the decline, advertisers must diversify their platform usage to ensure continued audience engagement without relying on Facebook alone. This is especially true of pharmaceutical brands who have become increasingly comfortable with Facebook over the years as it has adapted to accommodate the industry’s strict legal and regulatory needs.

Reddit knows it can capture more advertiser dollars in the current social media climate—and with unbranded pharmaceutical ads already popping up on the site, it seems like the industry is catching on. But what’s the big draw for brands in the healthcare space?

Reddit is an environment where people talk openly about their health and seek advice from others on the platform. Let’s take the multiple sclerosis (MS) community as an example. The sub-reddit r/MultipleSclerosis has over 10,000 subscribers and an active subscriber base, with as many as 27 conversation-starters posted in a 24-hour span. These conversations cover a broad range of topics, from romantic relationship advice to questions about testing, disease progression, and what to expect. Users are actively seeking each other out to normalize what they’re going through and find connections with those who understand them the most: other patients.

These proactive engagers are the “hand-raisers” who have designated an interest in a topic. Reddit also has a population of so-called “lurkers”—those who are actively reading through a sub-reddit but aren’t actively participating. Both the lurkers and the hand-raisers can be reached through Reddit’s advertising offerings, like native promoted posts (the equivalent of Facebook’s newsfeed ads).

Like Facebook, Reddit offers brand safety features and allows for easy test-and-learn campaigns. Reddit’s promoted posts are ideal for capturing an already engaged audience. These in-feed ads provide a seamless, less-intrusive user experience. And users do not have to be actively engaged in a particular sub-reddit to see a brand’s ads; ads can be served to users interested in health-related content wherever they are on the site.

Unlike some social networks, Reddit allows advertisers to hand-curate a whitelist to ensure that ads are not served in communities that may not align with brand values. Negative keywords also help to prevent ads from aligning with any undesirable content. Brands also have the option of enabling or disabling comments on ads, allowing an additional level of security if needed to gain the necessary approvals to launch from MLR teams. This provides a comparable level of brand safety offered by Facebook and Instagram.

Reddit is a major traffic driver. Reddit drives significant traffic across the web, contributing 10-59% of all social traffic for top websites like Vice, YouTube, CNN, and Amazon. This traffic-driving potential can help drive awareness of a brand among a highly engaged and inquisitive target audience.

As with any other platform, Reddit may not be right for every brand and every patient population. An effective first step in considering the platform is conducting a social listening exercise to determine if the population is active on the site. Even if Reddit is not appropriate for your brand, it still provides a wealth of insight into the patient population to serve as another guidepost for other digital tactics.

After determining the appropriateness of the channel, brands have a wide range of ways to reach and engage the audience, including:

From there, brands can test, learn, optimize, and scale their approach to Reddit.

Transparency, transparency, transparency. It cannot be reiterated enough—brands must be authentic and transparent on every platform, but especially on Reddit. The Reddit audience is infamously skeptical of brands and “big pharma,” meaning that brands must engage responsibly and should even consider an advertising-only approach over other strategies that could garner more direct engagement with consumers.

Always remember that Reddit is not appropriate for every brand and each brand should evaluate its opportunity to expand to the platform carefully. Rarer conditions and those that have close-knit digital communities, like the multiple sclerosis population, could see more acceptance and performance on the platform than other conditions that are more widely known and well-treated, like high blood pressure.

As with any other marketing tactic that relies on third parties, it’s imperative that brands diversify their presence to ensure optimal reach, engagement, and sustainability. Reddit’s potential to fill in social media gaps, particularly within the millennial audience, should not be underestimated.